The measure, which is expected to raise $12 billion a year for schools and local governments, is officially known as the California Schools and Local Communities Funding Act of 2020 and better known as the split-roll tax initiative. It received more than 1.17 million valid petition signatures, well surpassing the 997,139 signatures necessary to get the measure into the hands of the voters, according to the California Secretary of State’s Office, which administrators state elections and political campaigning.

The proposed split-roll tax initiative, so named because it would create a split property tax roll between residential and commercial properties, is the second measure to qualify for the November ballot aimed at reforming Proposition 13, one of the California’s most contentious pieces of legislation that has resisted numerous repeal efforts over the past four decades.

The initiative’s sponsor, a coalition of education, labor and community groups called Schools & Communities First, submitted petitions with more than 1.7 million signatures in April. Group spokesman Alex Stack said that may be the largest number of signatures collected for a California ballot initiative on record. The Secretary of State’s Office estimated that three-quarters of those signatures were provided by registered California voters.

Petitions received almost 390,000 signatures in Los Angeles, the nation’s most populous county, with almost 217,500 signatures collected in the six-county San Francisco Bay Area, according to data from the California Secretary of State’s Office, which administrators the state’s elections and regulates political campaigning. Urban areas such as San Diego, Orange and Sacramento counties also generated a large percentage of the valid signatures.

The proposed measure would allow the state to reassess commercial and industrial properties and land valued at more than $3 million at market rate, in what is a major revision of California’s Proposition 13, the 1978 initiative that allows residential and commercial properties to be reassessed only when they are sold or change hands.

“This historic effort to generate $12 billion every year for critical local services, essential workers, and schools by closing corporate tax loopholes comes at a time of unprecedented hardship throughout California,” Schools & Communities First said in a statement today. “Simply put, we can’t afford corporate tax loopholes at the expense of these essential services and workers.”

The original split-roll measure qualified for the Nov. 3 ballot in October 2018. However, the Schools and Communities First campaign scrapped the measure and refiled a similar proposal last summer that proponents say provides more tax relief and other protections for small businesses and agriculture in an attempt to gain wider public support.

Stack told CoStar News that the group would withdraw the original measure that qualified for the ballot if the California Schools and Local Communities Funding Act of 2020 qualified to go before the voters. 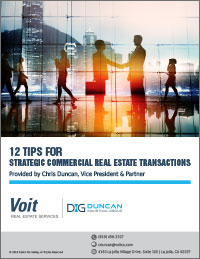