San Diego Industrial Shows Signs of Strain Amid the Pandemic

San Diego Industrial Shows Signs of Strain Amid the Pandemic

The industrial sector is widely viewed as the most stable commercial sector amid the pandemic, not only in San Diego, California, but across the country.

Even with supply chain disruptions around the globe, demand for logistics space for last-mile distribution and warehousing needs has remained high, while bio-tech firms scooped up available space from Torrey Pines to Carlsbad.

The San Diego industrial market was the only commercial property sector in the county to record an improvement in both sales volume and leasing during the second quarter compared to the first. But both of those second-quarter totals received a significant boost from single deals. 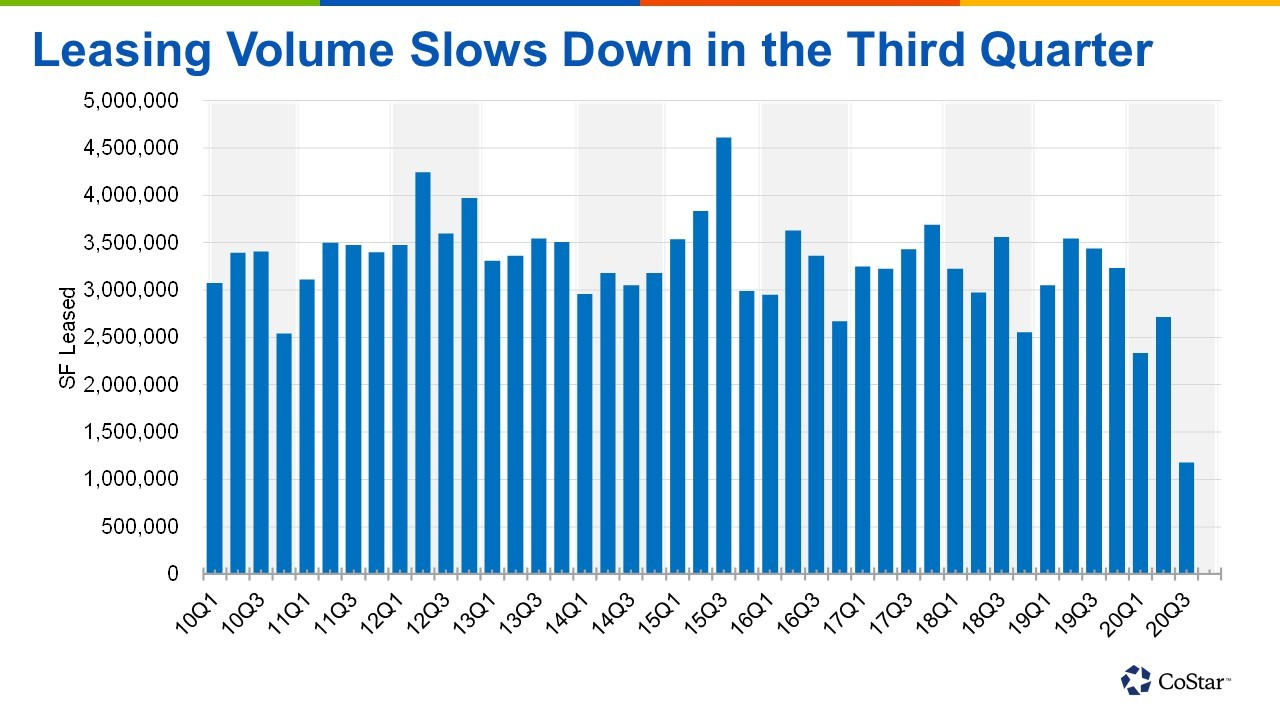 On the leasing side, Amazon signed a deal for 535,000 square feet at Vantage Point in Poway. That single lease accounted for 20% of total leasing volume during the second quarter.

And on the sales side, the Wateridge campus in Sorrento Mesa sold on April 1 for nearly $160 million. That sale started off the second quarter with a bang and ultimately fueled almost 40% of the quarter’s total sales volume.

But with only about one month to go before the end of the third quarter, both metrics have a long way to go to catch up to second-quarter levels, and neither sector has yet recorded one of those “quarter-making” deals.

Amazon did continue its push in the region, signing yet another lease for new warehouse space at the recently built RB Vista property in Rancho Bernardo. That 140,000-square-foot lease was signed one month following the building’s June delivery. That marks the fourth industrial deal Amazon has signed in the region since last year, accumulating nearly 3.5 million square feet in the process. Amazon also signed a 40,000-square-foot office lease in University Town Center during the third quarter. For now, Amazon is almost single-handedly ensuring San Diego’s industrial fundamentals remain stable.

But through August, industrial leasing volume was only 40% of the second-quarter tally. The third quarter remains on pace to finish with less than 2 million square feet of space leased, the first time that would happen since the fourth quarter of 2008 in the Great Recession. 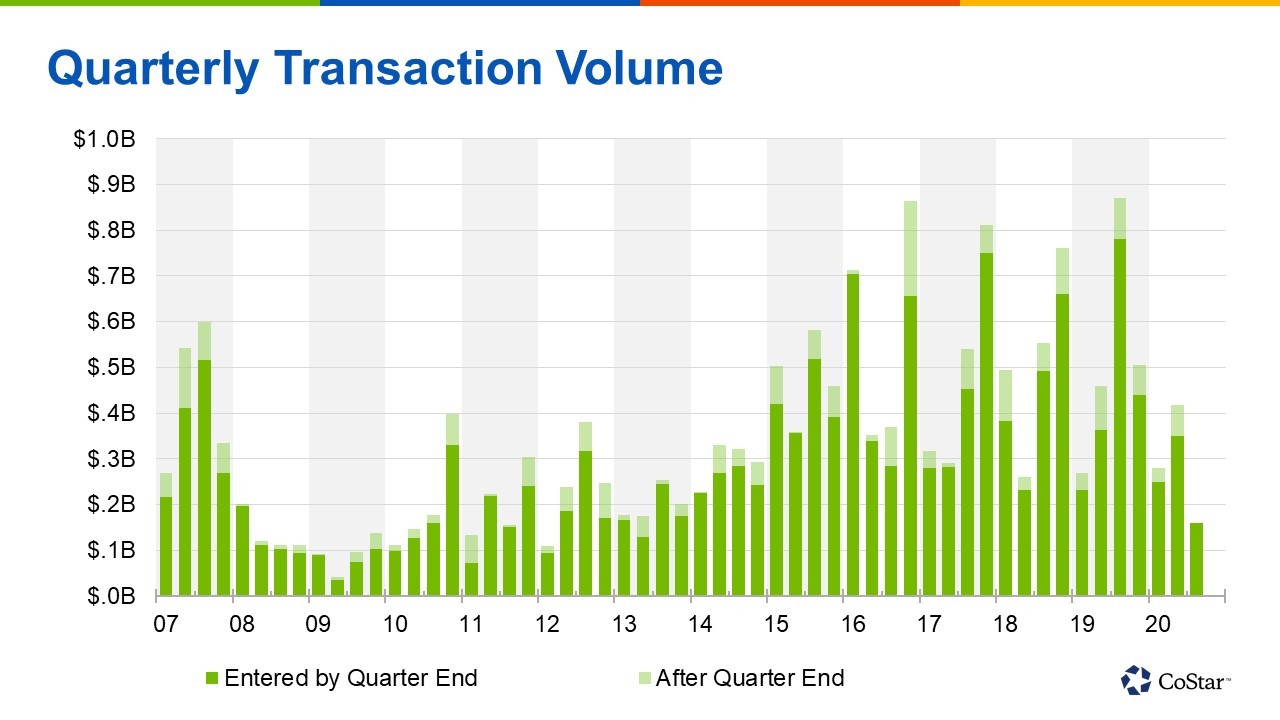 Sales volume is tracking at less than 40% of the second quarter’s total volume with about one month to go. And while several quarters over the past decade recorded what will likely be a similar level when the third quarter wraps up, the number of deals continues to tread near historic lows for the market.

San Diego is on pace to record only about 75 sales during the third quarter, a similar level as the second quarter. That two-quarter total is about the level of what a single quarter would normally have recorded before the pandemic.

This comes as industrial vacancies have been on the rise in the San Diego region, exceeding 6% during the third quarter for the first time since 2015. San Diego also has 2.5% of its total inventory currently under construction, much of which is speculative, and that is likely to further weigh on the vacancy rate as new buildings deliver.

Even after showing relative stability following the outbreak of the coronavirus, it may not be completely smooth sailing across San Diego’s industrial sector as the pandemic draws on.